Is this the right part?

1)    Make sure your truck make, model and year are reflected in the product description. If there are no fitment listings, contact us and we’ll find out if this is the right part for your truck.

2)    Check for OEM numbers. If you’re replacing a part, give us the old part’s OEM number and we’ll cross reference it.

We get all product information directly from our manufacturers. Sometimes images may not be exact, and descriptions can have errors. We will always do our best to ensure we are providing accurate information, but we assume no liability for product use or fitment. When in doubt – contact us before you buy!

The Wilson 1000's higher gain performance is a result of several new design developments that bring to you the most powerful CB base loaded antenna available in its price range.

A large portion of the power that goes into a typical base loaded CB antenna is lost as heat in the coil and as dielectric heat loss in the plastic inside the coil form. Many CB antennas lose more than 50% of the power put into them.

The second priority was to get rid of the resistive heat losses in the coil. Since most of the RF energy at 27 MHz travels on the surface of the wire, it was decided to increase the surface area by making the diameter of the wire larger 10 GA copper. Since silver is a much better conductor than copper, although very expensive, the wire was heavily silver plated. This reduced the resistive loss to a minimum.

Finally, to get rid of the losses in the matching between the coax and the loading coil, the lossy capacitor was eliminated and a difficult but more efficient means of coupling the antenna was used. A Scalar Network Analyzer was used to determine the very precise point to direct match the coil with the coax and obtain the best match with maximum power transfer, which gives the 3000 watts of power handling capability. 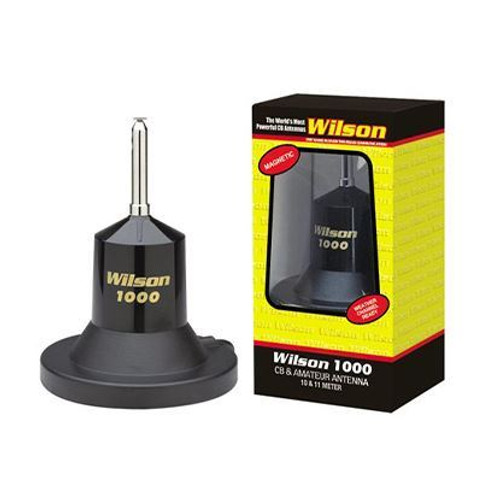